Over the past few days, Point Avenue has been bustling with joy when our students broke the news about their August SAT exam results. Of the 20 Point Avenue students who took part in this test, 13 students achieved a score of 1400/1600 and above. What’s more, 6 of them achieved an excellent score of over 1500/1600. Let's have a quick look into the profiles of our 3 top scorers, and learn how they managed to score an impressive 1560 - 1550 - 1540, respectively. 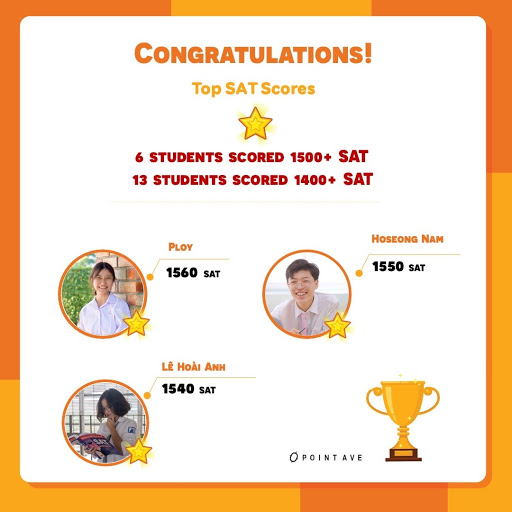 Ploy is an excellent student who excels in all areas. Throughout her high school years, she studied at Triam Udom Suksa School in Bangkok, Thailand. During the outbreak of the COVID-19 pandemic, she still continued to attend the online SAT preparation classes with Mr. John Sohn from Point Avenue.

Before studying with Point Avenue, Ploy took the SAT test several times and her maximum score was around 1400. She thought that she could never surpass the 1500 mark. However, after putting in immense effort during the SAT preparation courses at Point Avenue, including SAT 101, 201, and 301, Ploys' scores gradually improved. She developed the skills, appropriate test preparation strategies, and testing stamina. Her hard work finally paid off as she successfully conquered her SAT I test in August with a 1560/1600! 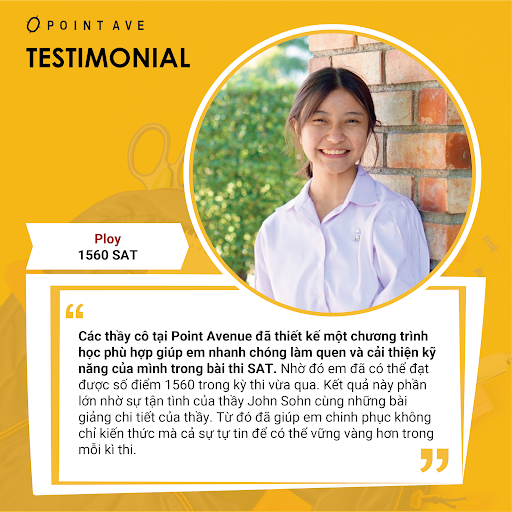 Hoseong is a student of British Vietnamese International School (BVIS) in Hanoi. He is a talented student with outstanding academic and extracurricular achievement. Presented with the BVIS Hanoi Principal's Award, Hoseong is recognized as one of the best and brightest at his school. He also enthusiastically participated in debating competitions and was a semifinalist in the Vietnam Schools Debating Championship 2019 and Hanoi Debate Tournament in 2018.

Since he started his courses at Point Avenue, Hoseong has been recognized as a hard-working and resilient student who is determined to achieve his goals. After only 2 weeks of revision with Mr. Charles - Head of Test Preparation at Point Avenue, he managed to score 118/120 on his TOEFL. Last August, Hoseong continued to surpass his own limit and accomplished an admirable 1550 on the SAT. 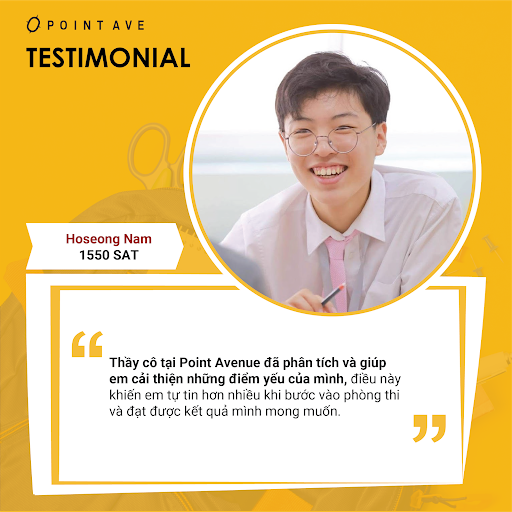 Seemingly a petite girl at first glance, Hoai Anh is actually one of the most dynamic students at Hanoi - Amsterdam Gifted High School - a prestigious school in Hanoi. She is known as the captain of the Hanoi-Amsterdam Phoenix baseball club, and also a member of Amstronomy (Ams' Student Astronomy Club).

Hoai Anh joked that she was ready to “conquer the world” after her several test preparation courses at Point Avenue. After attaining the score of 111/120 in TOEFL, she kept on working hard to equip herself with appropriate test-taking strategies, and successfully gained the enviable score of 1540/1600 SAT. 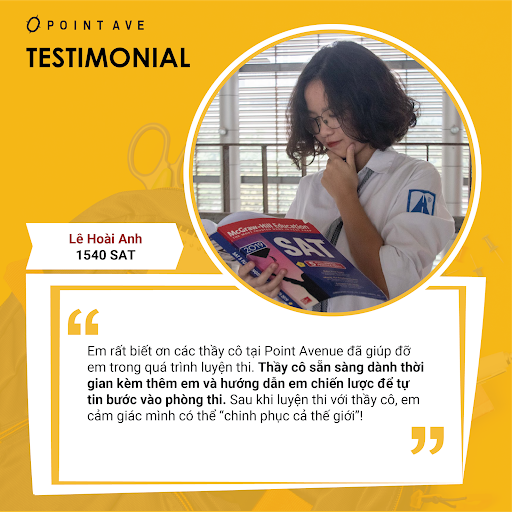 To learn more about the success stories of Ploy, Hoseong, and Hoai Anh, as well as useful exam preparation tips provided by Point Avenue experts, please register for the workshop "How to get a 1500+ on the SAT” at Point Avenue! 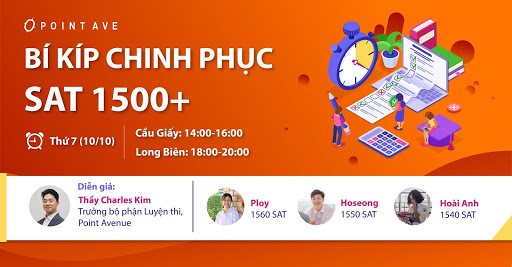 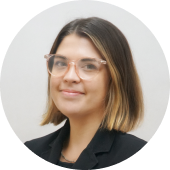